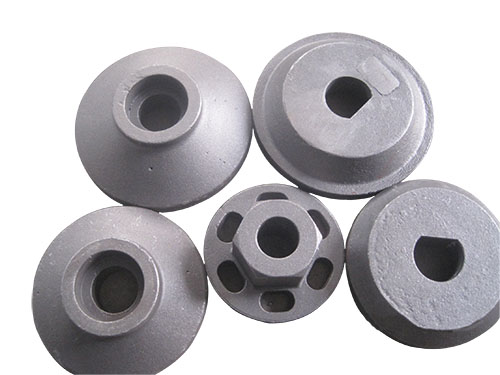 Shallow analyse foundry technology
Nicety is cast is decide metallic fusion the liquid of the requirement into accord with syncretic and irrigate into casting mould, book the process of the cast of appearance, dimension and function via getting having after cooling and caky, clear whole processing. Because of,cast semifinished product close to figuration, and achieve avoid machining or time reduced on certain level. Casting is contemporary one of fundamental craft of production industry.
Nicety is cast is the method of semifinished product figuration that contrasts economy, complex to appearance part can show its economy more. If the cylinder body of car engine and crock are built, shipping airscrew and delicate artwork. Some hard the spare parts of cutting, like what light turbine spare parts of nickel radical alloy need not cast a method cannot figuration.
Additional, the accommodation of cast spare parts dimension and weight is very wide, metallic sort accepts restriction scarcely; The spare parts is in have general and mechanical property while, still have wear-resisting, anti-corrosive, suck the integral performance such as shake, be like,be method of other metal figuration forge, make friends, solder, strong impracticable waiting for place. Because this uses the semifinished product part that casts methodological production in the machine building, go up in amount and tonnage heretofore still is most.

Cast sort a lot of, by modelling method customarily cent is:
1. Common sand mold is cast, include wet sand mold, dry sand mold and chemical and sclerotic sand mold 3 kinds.
2. Special type is cast, by modelling material can divide the particular kind that wants modelling material to be given priority to with arenaceous stone of crude mineral products to cast again (if fusible pattern is cast, mud cast, foundry carapace cast, negative pressure is cast,
Cast production to have the characteristic that differs with other technology, basically be adaptability wide, need to use material and device environment of much, pollution. Cast production to be able to produce the pollution of dust, harmful gas and noise to the environment, compared with other machine workmanship comes more serious, need adopts measure to undertake controlling.
Be opposite as modern society energy-saving requirement and the voice that protect to environment are louder and louder, the trend that casts product development more incline to the integral performance at cast, taller precision, fewer surplus and more bright and clean surface, because this new casting alloy will get developing, new facility new technology will appear accordingly, nicety casts the line of vision that takes people gradually, nicety casts opposite tradition cast industry and character, have more exact figure and taller cast precision.