Introduction: The discovery of metals was the stepping stone towards civilization. The metal are kown to man form the pre biblical times and differnet civlizations used the metal to make products for religious, hunting, weapon, house hold and ornamental purpose. Now, man is dependent on metal for cooking to traveling. A seperate department called the metallurgy studies the entire process of working the metals for various applications.

Pure metal are chememical element, that cannot be further broken down into other substance. There are hundreds of such substances, of which some are found in the free stare and other are found in combination with silicon or other elements. Metals are generally shiny, strong, hard, brittle and good conductors of electricity. But, they have varying amount of each properties. Some metal like mercury are found in the liquid state on the other hand metals like lithum are very heavy.

Metalworking Process: The main process involoved in extracting the ore is to melt the ore by heating. Some ores are found relatively pure in nature and others are to be exttracted from the complex ores. Different method are used to remove the impurties like pounding the metal to chip of Metalsthe impurities or by reshaping the raw ores. However, the predominetly used method is of melting the ores andseperating the metal from the other elements. The removal of impurities can be done two times. First, when the ingot is made near the mines and the second time when the intro is melted for reworking at the craft production sits away from the source of the ore. When the metal is melted at a high temperature the molten metal gets deposited in the bottom and the impurities better know as slag floats on the top.The process of removing the metal from the impurities is known as smelting. After which the extracted metal is shaped into blocks or bars that is known as ingots so that it is easy for storage, transportation and further processes. Eg. of smelting is when copper or is reduced to copper through mixing carbon with the ore and heating the combination. Casting and forging are the most widely used method for shaping the metals into different products.

Forging: Also known as hammering method, forging are of two types hot hammering and cold hammering methods. Softer metals like copper and bronze can be shaped into weapon or other items by just hammering. But metal like irons are to be heated so they are soft enough to be shaped into the required form. When the metal is heated the crystalling structure in weakened, therefore the finished product eg. sword in plunged into water so that the crystal structure is restored and the product becomes hard.

Casting: The most widely used metalworking method, casting can be done only if the metal is completely melt. Therefore, iron came later into use, because iron cannot be melted at ordinary temperature and other sophisitcated methods are required to melt it. From the prebiblical time lost wax techniques was prevalently used and even today in some part of India this technique is used to cast broze product like idols and stautes.

Alloys: Metals in its pure state generally deoes not satisfy the properties required for casting. Hence, in most cases metal have to comb ined with other element so that they acquire favorable qualities for the product like strenght, ductility, malleability, etc. In an alloy, two or metal combine to form a new metal that has all the properties required for a particular application. Aluminum for instance is light in weight but soft and ductile. When aluminum is combined with other metals, the alloy formed is still light weight, but stronger, harder and resistant to corrosion. The realization of the wide application of alloys was the main reason for the industrial revolution.

The alloying process: The process of alloying helps in bettering the physical properties of the main metal that is used like iron and steel. During the alloying process the main changes happens in the engineering properties like ductility and malleability and to some extent in physcial properties like density, reactivity, etc. The scientific reason behind the change is properties in because the smaller atoms are tightly compressed by the foces of the larger atoms. Since the alloy is a mixture of two or more metals it does not have an single melting point. There is a melting range, which is known as the liquidus point in the metal melts.

Metals used for alloying: Alloys can be made of one or more metals. The main metal used are aluminum, copper, iron etc. and the alloying metals used with them are tin, zinc, molybdenum, etc. In many cased the alloy is better known by the main material metal that it constitutes of. For eg. an iron rod is made from an alloy but it is known by the name of its main component iron. The metals and alloys used for metal casting are broadly divided into ferrous metals and alloy that contain iron, and non ferrous metals and alloys that does not contain iron.

Ferrous: The word ferrous is used generally to indicate the presence of iron in the metal sor in alloys. Iron in its pure state is soft but with the addition of carbon it becomes stron. Pig iron and steel have some percentage of carbon present. Other metals are also added to form alloys. All ferrous metals are magnetic and give little resistance to corrosion. Ferrous metal and alloys are used in a wide range of applications. carbon steel, allloy steel, tool steel etc.

Non-Ferrous: These are metal or alloys that does not cotain iron, or has iron is an neligible quantity. They are non magnetic and more resistant to corrosion than ferrous metals. Non-ferrous metals pplay an important role in the overall sustainable development of society. Therefore, many countries give prime importance to the study of the minining, production and recycling of non -ferrous metals. Examples are aluminium, copper, lead. zinc and tin.

In metallurgy casting means to form the metal into a desired shape by pouring the hot molten metal into a mold. Ever since the discovery of copper thousands of years back.

Sand casting is a casting process where the molten metal is poured into a mold made of sand. There are various types of sand castings like Green-sand molding, air set sand casting, dry sand molding and the lost form method. Sand casting is the most commonly used Casting Process because of the cost effectiveness of the process and the east availability of raw materials.

Die casting is a widespread non-expendable technique the which metal are forced into the mold cavity under high pressure. Die casting mold that are known as industrialmetalcastings.comdies can be used repeatedly to produce castings in a variety of sizes, shapes and wall thickness. The mold cavities are designed with intricate designs that enables in producing complex shapes with accuracy,surface finish and attractiveness. Today, the die casting process is constantly getting refined by improving the alloys and the casting process.

Shell molding or shell mold casting is a process that can be fully automated, shell molding is the most rapidly used technique for mold and core making. Also known a croning process, this casting technique was invented and patented by J.Croning during World War II. Also know as the �C� process, shell molding technique is used for making thin sections and for acquiring surface finish and dimensional accuracy.

Some of our work we have done earlier 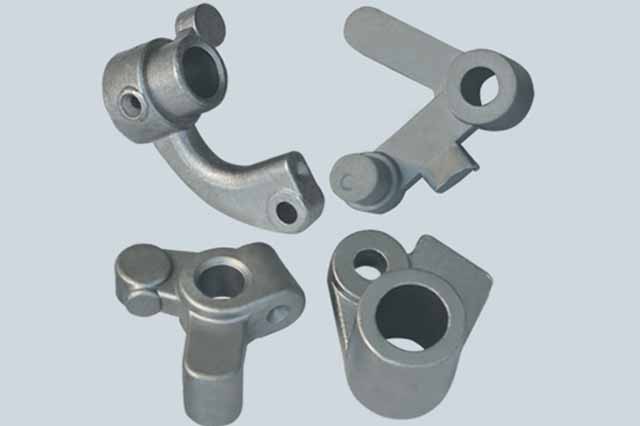 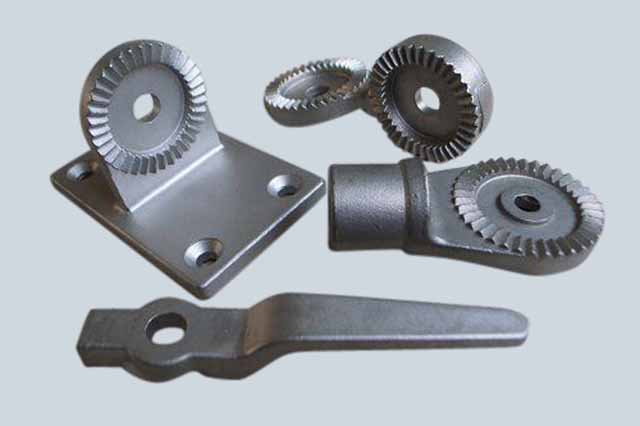 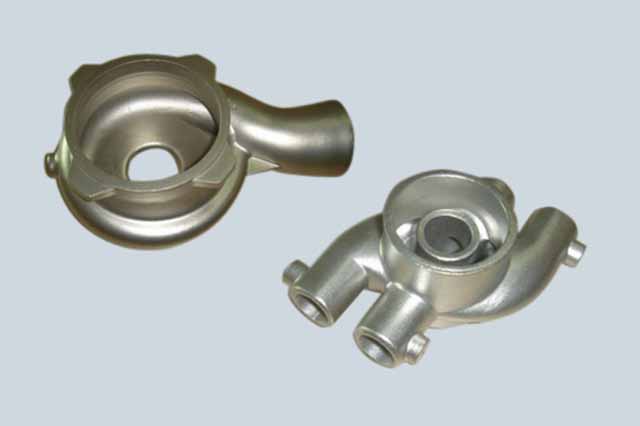 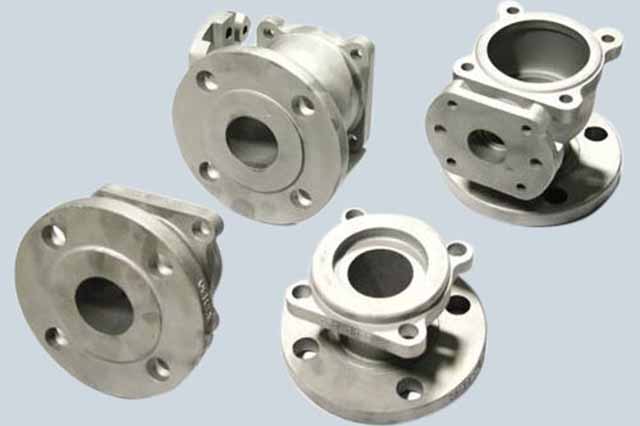 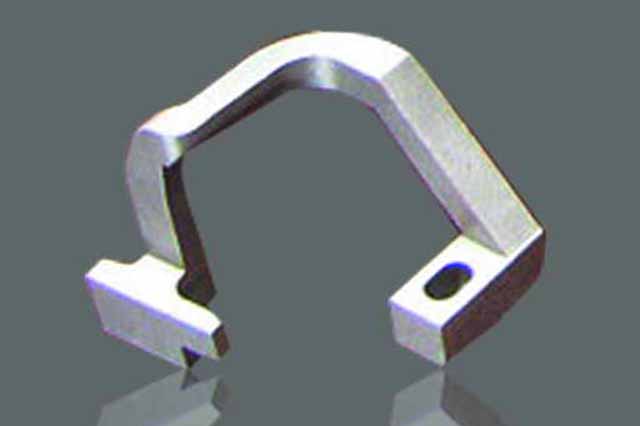 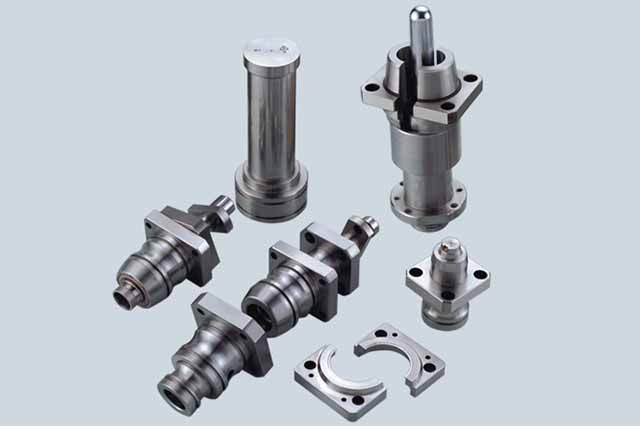